When I first slipped on a pair of thigh highs over a decade ago, I learned that the men who came to see Me wanted a strong, powerful Woman. They wanted to place you on a pedestal, and use you like a blank screen they could project their fantasies onto. In order to be a successful Domme, you should curate every little glimpse they see to reflect that ideal. Under no circumstances, should you show any weakness or vulnerability.

For a long time, I believed that would be the only possible fantasy men could buy into, and I had to keep up with those smoke and mirrors.

As time went on and I became to question this ‘Dominant Ideal’ more and more. I wondered whether that was something I even bought into Myself. Not only was I the Dominant, but this was My career… could I make My own rules, and still pay My rent?

‘A successful Domme is the picture perfect image of success at all times.
Steely, traditional, hardcore and relentless…’ 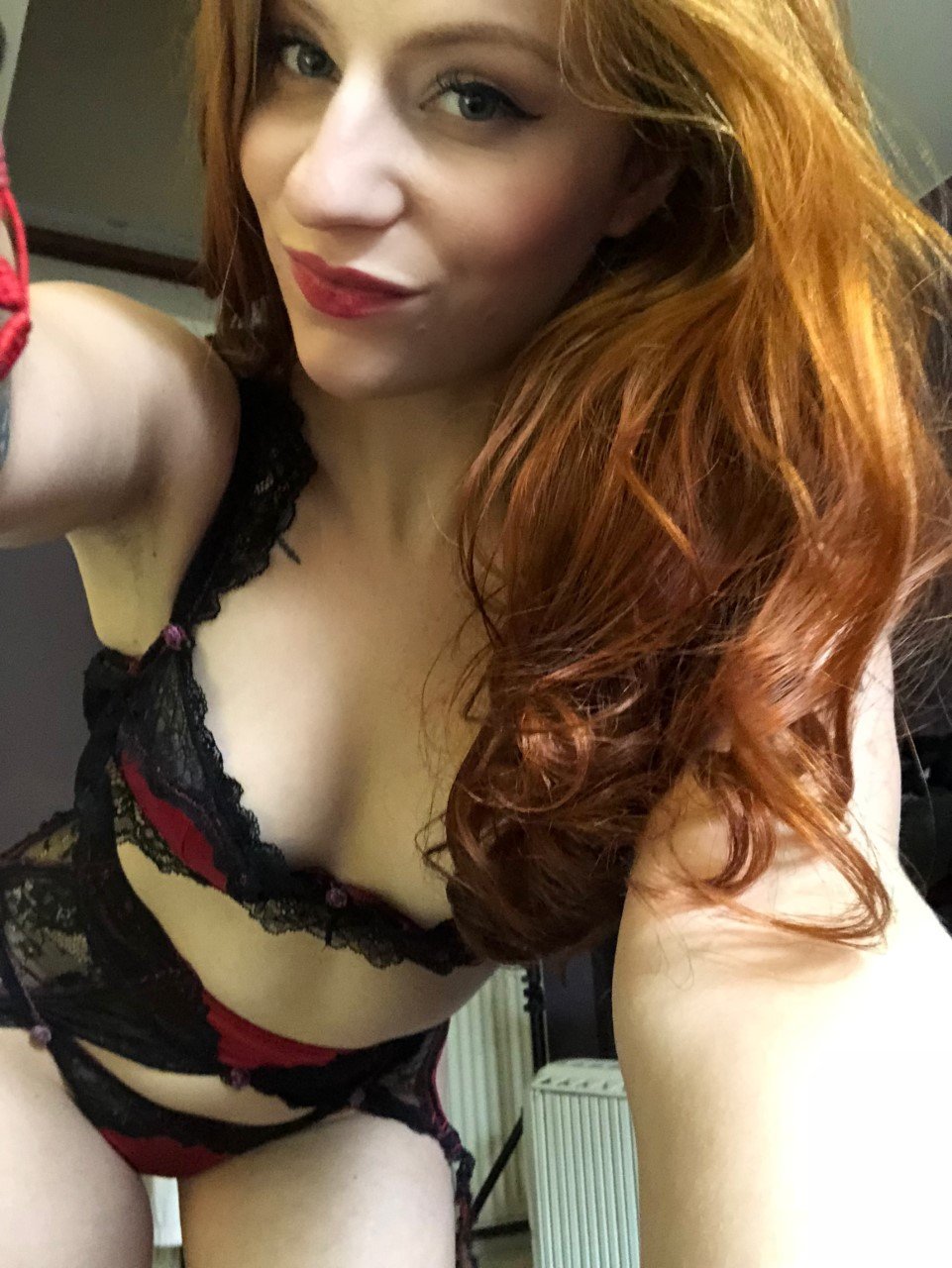 As a feminist, I also felt conflicted about being a sex worker… I was actively contributing to a highly sexualised view of women, and I grew more and more uneasy about that.

For a long time, I mulled over whether there was a way to humanise Myself more, but still keep those sessions coming to pay My bills. I wanted My followers to see Me and other sex workers as a whole humans, with lives and personalities which are complex and varied.

My work itself also evolved, and I realised how much emotional labour it really involved. Many slaves who came to see Me were not looking for a quick spanking and an orgasm in the corner. They wanted something more than that. They wanted a space which felt safe and intimate and freeing. With that in mind, approaching My work completely void of any real emotion felt fairly disingenuous.

When I did that, a funny thing happened. The more personal My blog posts were, the more popular they became. The more vulnerability I showed, the more that seemed to resonate with people. Prospective slaves began to seek Me out as a result of the thoughts and writings I had began to share. As I began to become more authentic and vulnerable in My work, that seemed to really strike a chord with My submissives.

The calibre of slaves who now approached Me dramatically improved. The more openly I talk about Myself, the more respectful and adoring My slaves became. I received less insulting comments or timewasters. I imagine they had begun to see Me as a whole, real person, and not as the perfect, latex clad, whip wielding indestructible Domme.

I talked openly about the importance of consent, relationship styles and mental health. As I did, I suddenly found My submissives were becoming not only more compatible with Me, but that they were opening up to Me more and more. They confined not only their innermost fantasies, but their own struggles. Many of them told Me they had never confined that in anyone else before. I am no therapist, but I think we can all agree from experience that sometimes just being able to speak aloud about your problems can be healing.

There is strength in being so open with another person, regardless of whether it’s a paid encounter or not. Feeling able to be vulnerable, in My experience, is far more often empowering than it isn’t. Beyond that, it fosters a sense of real trust. Even if a slave and I have never met before, they already feel a level of connection to Me because My writings have resonated with them.

I’m not a therapist, but I believe to the ground that a connection like D/s can be highly therapeutic for all involved. I love giving that space to My submissives, and developing a real sense of connection and trust with them. In fact, it’s probably what I love most about My work.

If I could give a single piece of advice to any apprising Dominant, it would be to be authentic to yourself, and not to an ideal which by definition is impossible to obtain. Speak freely about what matters to you, be strong enough to show vulnerability, and you’ll find that attracts the slaves you’ll love to play with…

“What happens when people open their hearts?"
"They get better.”
― Haruki Murakami

I decided to finally take the plunge, and book him for a 5 hour video shoot last month.

It began with the spark of an idea I had... A kinky homage to Madonna's 1990 'Justify My Love' music video, which was so sexually explicit it was banned by MTV. Although tame by today's standards, it's scenes of sadomasochism, voyeurism, homosexuality caused quite the stir when it was released in 1990 America. Obviously, it's worth a watch... 😉

Drawing on the storyline of a kinky encounter in a hotel, I also wanted to capture exactly what I am known for... teasing and ruining!

I sent Duke this short outline, along with my music choice, and he immediately responded saying how much he loved it! He advised that a short outline was probably enough to go on for the shoot, allowing us the spontaneity and creativity to play around on the day. We agreed a date, and I booked a beautiful hotel room to serve as our set.

The day arrived, and I checked into the hotel with my submissive. Duke arrived soon after, and whilst I finished getting ready and he set up we discussed the shoot, and which aspects of the Madonna video we liked, in more detail. There was a voyeuristic element we both wanted to capture. We had 5 hours of shoot time, so more than enough to get some beautiful shots.

Then, we began the actual filming. We went through scene by scene. My walking into the hotel with a mysterious suitcase. Meeting my submissive and teasing him before having him on his knees. Lacing him into some beautiful red rope-work. And of course, using my favourite toy to induce my favourite form of torment...

Of course, the day didn't go totally to plan... just after we had filmed the ruined orgasm scene, a deafening loud fire alarm rang throughout the hotel. My poor submissive, tied up in bondage and covered in his own ruined orgasm was suddenly faced with the possibility of heading out to the street assembly point! It did however turn out to be a false alarm, and my slave wasn't subjected to any public humiliation... such a shame 🙂

Beyond that, the shoot was a complete pleasure from start to finish. Duke brought my little spark of an idea to life and turned it into such a gorgeous film which I am so proud to share with all my followers.

Enjoyed this blog?
You may also like the following...