Time for another Twitter 'Questions & Answers' blog, peppered with some snaps from My latest photoshoot for those of you who just come here to shamelessly perv...

What amuses you the most in a sub Miss Lola?

The look on their face when I ruin their orgasm... hysterical.

What is that you find the most enjoyable to do when dominating?

For Me, My enjoyment of Domination comes from the power exchange. My sessions tend to revolve around control rather than outright pain. Although I love to dish out a caning, I tend to find psychological domination more thrilling than physical. Even My sessions which are focused on pain tend to have a more psychological motivation to it as opposed to just 'pain for pains sake' (as in, training a submissive to take more cane strokes than last time, or using pain as a way for them to earn a reward). Sessions focusing on control in any and all forms, such as orgasm control/denial, chastity, edging, ruined orgasm, cuckolding, worship, tend to be My forte.

Is it a pain to clean whips or canes after a particularly brutal whipping/caning on a sub?

Not really. Sterilising is a fairly straightforward procedure. What can be more difficult is cleaning a room, especially after a brutal caning session or an aggressive sploshing session!

How do You get such a perfect body? How do you stay in such good shape?

I don't particularly watch what I eat, although I only eat plant-based food which I am sure helps. I don't do any regular exercise outside of the occasional yoga class. Annoyingly I am just one of those people who manages to stay fairly slim. I mostly put it down to good genes, although I am sure spending My teenage years dancing professionally helped Me attain such curvy leg muscles, and a stint of tightlacing when I was 17 helped shape Me a smaller waist.

How do you decide which implement to use to spank or whip someone?

Generally speaking I pick items I find the most pleasing to use, which depends on the implements. I like My floggers to be weighty but easy to swing. As it helps My aim, I prefer My canes on the medium-thin size, straight and short. I like paddles to be firm and rigid. I much prefer a wooden paddle over a floppy tawse or strap. If I am using a number of implements, I'll begin with the softest and work up to the hardest/most painful, unless I am feeling particularly cruel!

If you were 50 feet tall, what would You do?

Mistress what was the best first impression any sub ever made on you as a professional domme?

What behaviour do You wish You saw more of?

Along with what I have outlined as above on making a good first impression, I wish that more prospective slaves understood how time consuming the administration of Pro-Domme work is, and acted accordingly. Succinct, concise and clear communication at all times. Gently reminding Me of any previous communication W/we may have had. I must have dozens of 'Steve's' in My contact list, and it can be difficult to keep track of each individual! Reading the FAQ on My website rather than asking Me to repeat that same answer over email. Googling answers to more general questions about BDSM. When My interactions with My slaves are easy (and not time consuming), I very much appreciate it.

Have you ever sat for your portrait?

The wonderful Sardax sketched Me in London a few months ago. I highly recommend you check out more of his amazing work at Sardax.com 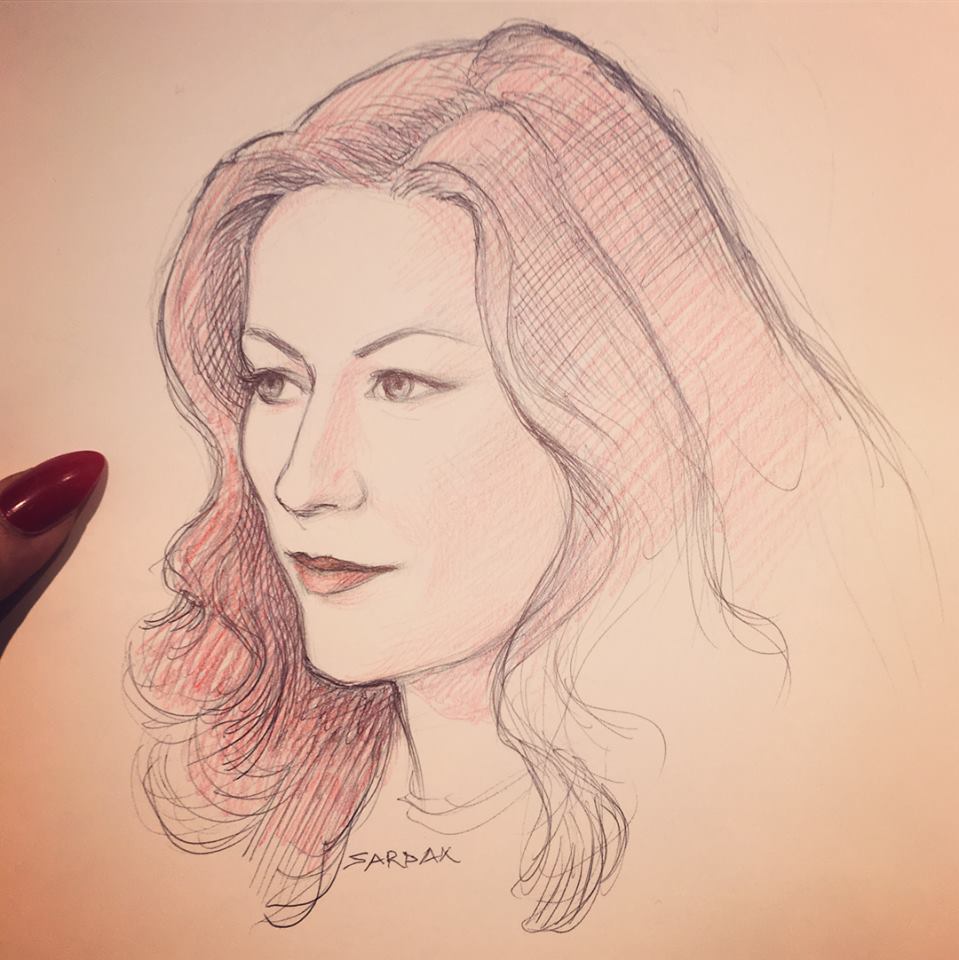 Fun! Twitter is a fantastic platform to connect with other Dommes and submissives. I love it.

When did you first get turned on by using strap ons? Have you always wanted to fuck men with strap-ons?

I wouldn't say I have always wanted to peg men specifically, but I have always had a keen interest in kinky sex. I think I first delved into the world of strap on play when I was 20/21. Sadly none of My partners prior to that were kinksters.

What do you think should be the punishment for rapists?

This is by far the most thought provoking question out of all the ones I received, and one I could probably write an entire blog on itself, especially in the wake of the #MeToo movement. I realise that you likely want Me to say castrate them. The truth is a really don't know, and I don't have a clear answer for this question.

I believe that justice should be survivor led... that it is really up to the victims of their crimes what action would help them make peace with what has happened to them. I personally have very mixed feelings about the prison system insofar as how much that actually aids any rehabilitation, but understand why so many survivors/victims feel it important to punish people who have committed such life altering crimes against them. There is also restorative justice and community/accountability processes which seem to be gaining some traction in more radical communities by centering survivors/victims, although I have mixed feelings on these too. I struggle to see any real middle ground, with the only thing I am certain on is that survivors/victims and their healing is what is important, much more than what the general public feels would be a just punishment.

I am also of the belief that much of the work to protect victims/survivors can be done before rape happens. Rethinking our reporting system and making it easier. Believing victims/survivors when they break the silence. Never ever questioning what actions they took or didn't took and how that contributed to a crime which was perpetrated against them (because the only reason people are raped is because someone decides to rape them, and it has fuck all to do with short skirts or alcohol).

Most rapists rape more than once, because we have a culture which lets them. Boys will be boys, locker room talk, the bro code. Rapists get away with their crimes over and over because even if their victims/survivors do speak up, the likelihood is they will not be  believed, they will never go through the court system and they will never face any kind of justice/punishment. At the very least, I think there should be some social repercussions to being a rapist.  If you see a friend being creepy, call it out. If you find out a friend has committed an assault, confront them, ostracise them... just do ~something~. Do not respond with silence, because your silence is code for your approval.

I don't see any clear answer for 'what the punishment for rapists should be' because I think victims/survivors healing is what matters. But I think having a culture which empowers victims/survivors to speak up and which has serious social consequences for people who commit rape is a bare minimum.

Control (and paying for the illusion of giving it up)...

I received so many responses from both submissives and other Dommes. Thank you to all those who were kind enough to tweet back with their views. Some even sent Me emails with longer accounts of their thoughts. From the range of responses, I got, it seems this is a hot topic that everyone has an opinion on.

Most of the responses I received placed control with the submissive, and it’s easy to see why. They choose the Domme they wish to pay to submit to. They dictate their likes, limits, and often request an outfit. Sometimes they will provide trigger phrases for their Domme to say, and some even go as far as to heavily script the session. If given a safeword, they continue to hold control even during play as they have the ability to stop the session at any time by using it. 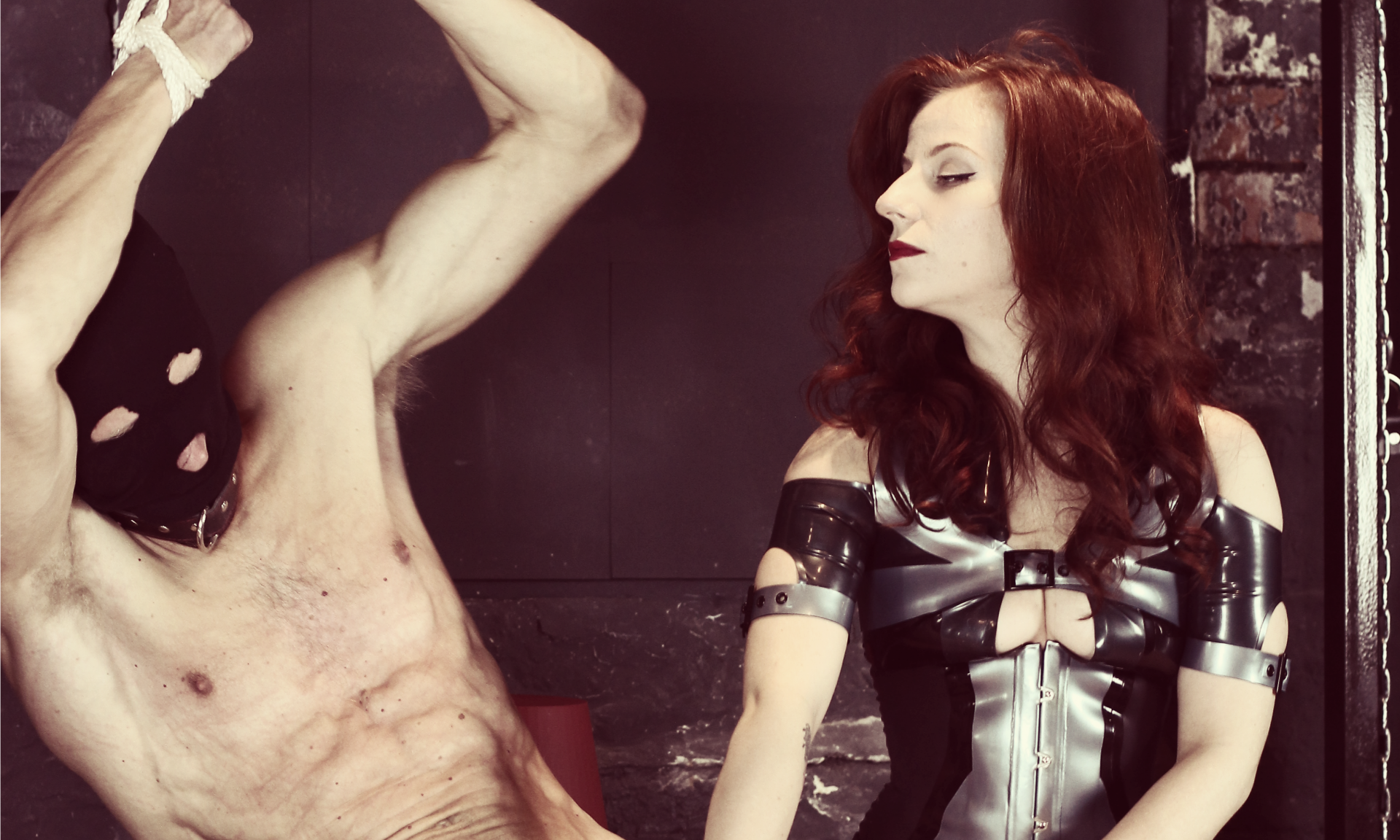 Having said all that, I don’t believe it is always quite so simple. Can it really still be the case the sub is the one in control when the Domme must choose to accept their session? Whilst the same might not be true of brand new Dommes or ‘house’ dungeons in America, more independent and well-known Dommes have total control over their vetting process. Those of Us Dominas whom have other incomes streams, such as clips sales, online sessions, or other forms of work can afford to be even choosier. The ability to pay Our bills is not entirely dependant on how many real time sessions We accept.

Submissives requested activities have also been picked from an already pre-approved list compiled by and found on the website of the Domme. Rejecting any submissives with likes which deviate from Our preferred activities happens often. Few Dommes do not have a limits section on their website, which by design streamlines who they see. Even if a sub appears to be topping from the bottom, that's not to say the Domme has no control. Take for example a sub who heavily scripts his session. Many Dommes may well find this makes their work as a professional Top even easier. If they enjoy acting and roleplaying like this, even better. 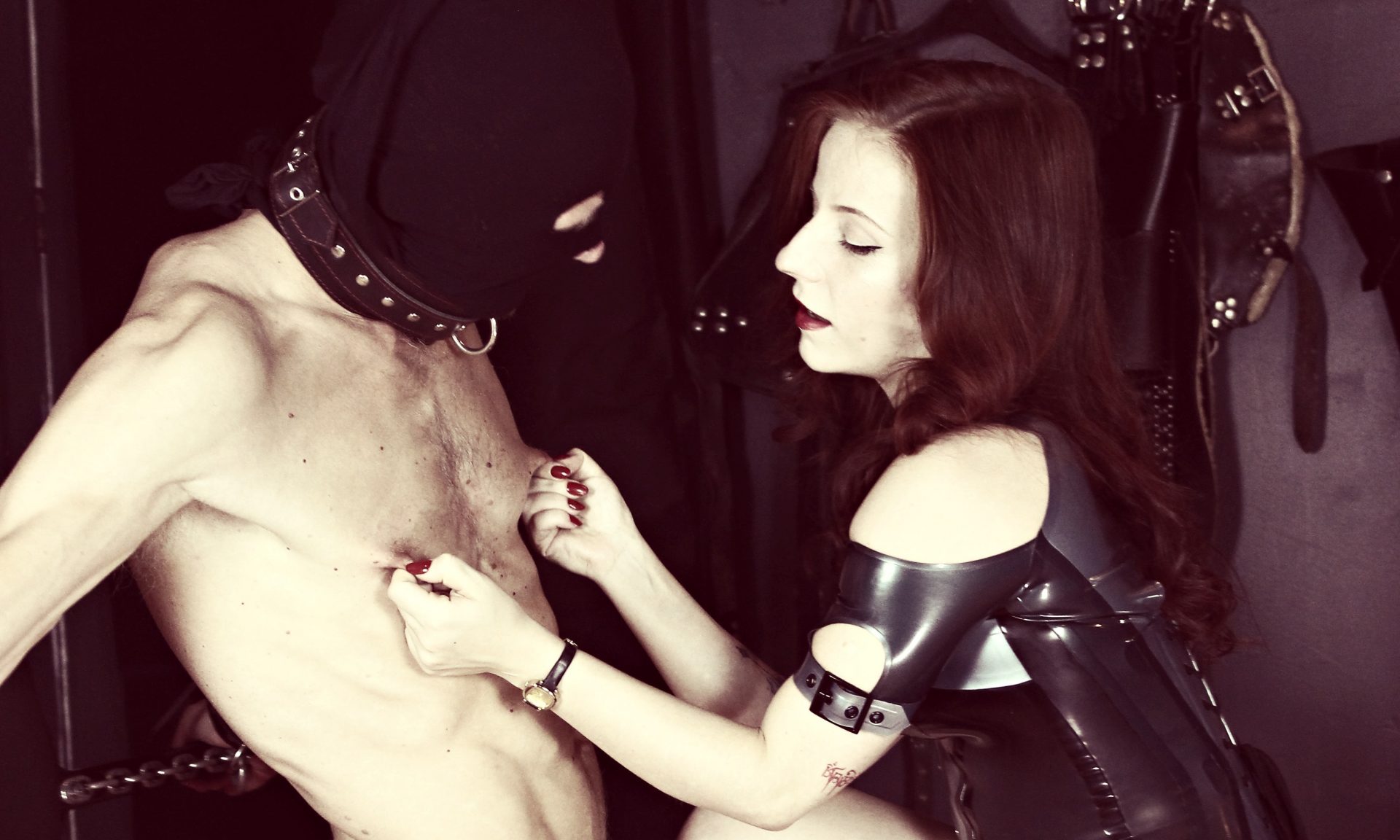 Whether the Domme or sub has control, and how much they feel happy giving away, also varies depending on how they identify. Does the potential submissive see themselves as a fetishist? Do they have specific activities they enjoy partaking in to the exclusion of many others? Or does their pleasure derive from the act of submission alone, and therefore they identify more as a slave? Do they care only about pleasing their Domme, regardless of the activities pleasing Her entails? 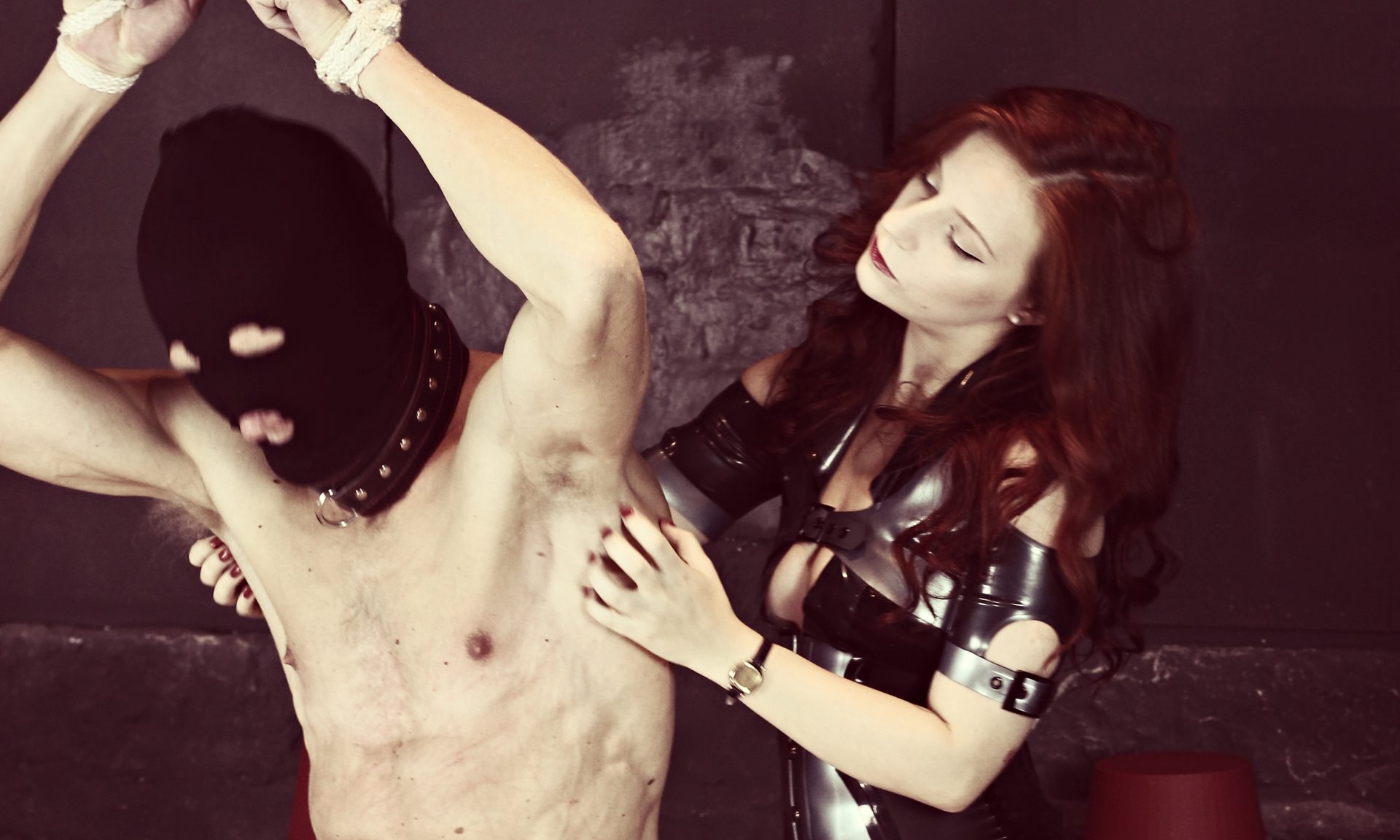 It would be a lie to say that paying submissive does not ‘employ’ his Domme and Her fetish services. Often it seems they are paying for the illusion of renouncing control, as opposed to actually renouncing it. What I find most intriguing about this is that a part of the service Dommes provide is pretending that isn’t the case. Many of Us Dommes will portray the image that We are always, without exception, in complete control. Projecting an image of being empowered and powerful is seen as essential to Our brand and to attracting new submissives. 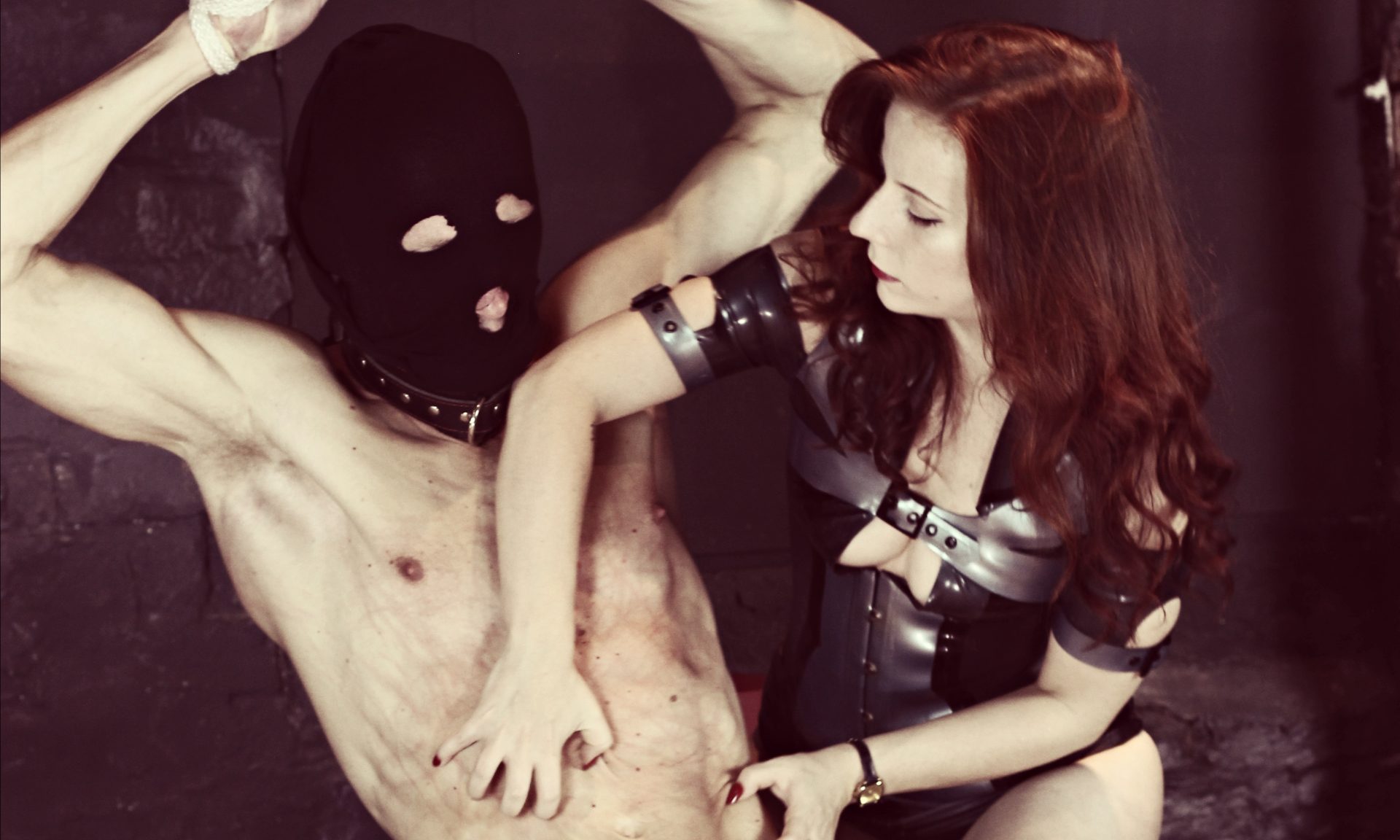 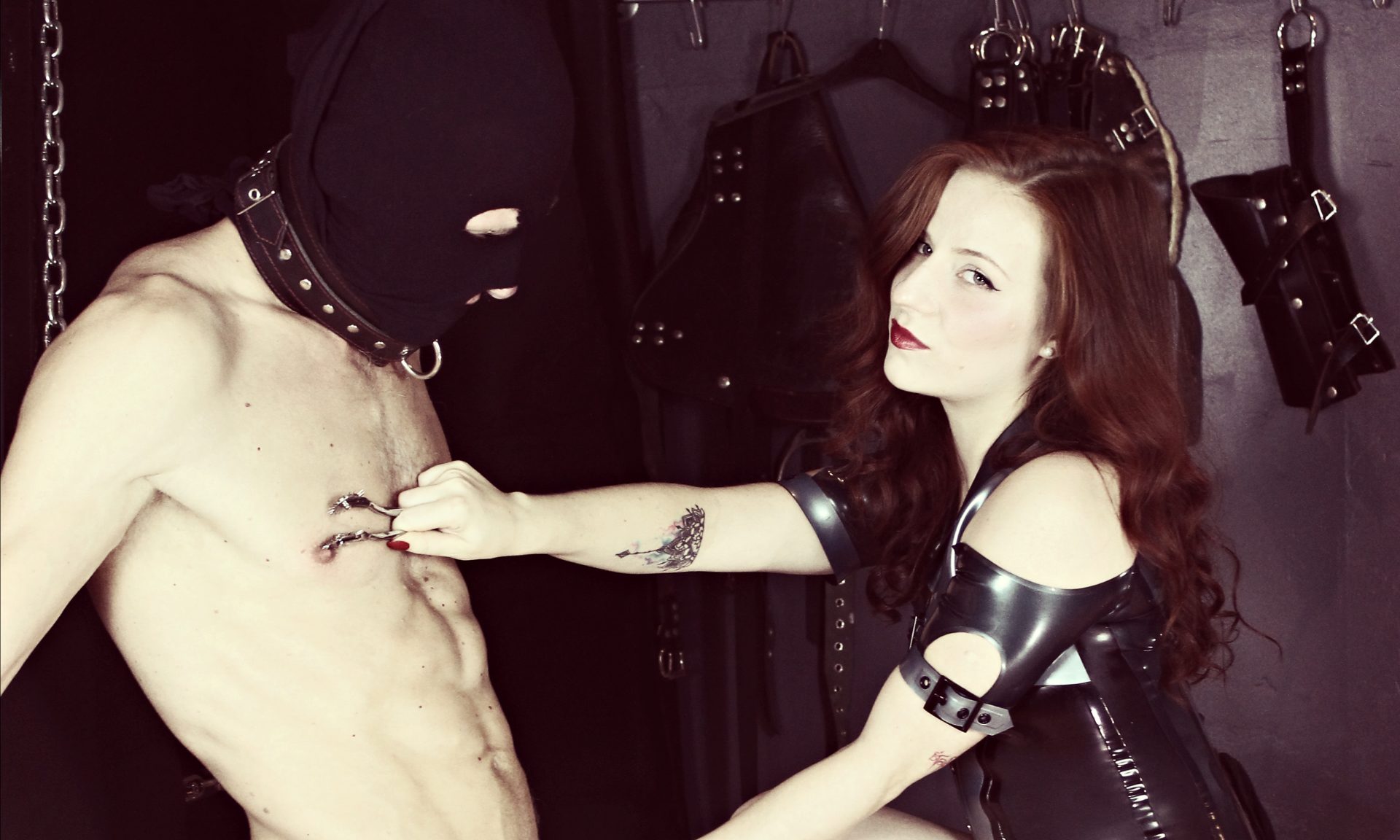 For Me personally, I see the majority of My sessions as a combined effort. A submissive who approaches Me saying 'whatever you want Mistress' is one of My biggest pet peeves. Being evasive just makes My job more difficult, as sadly I am not gifted with the ability to read minds. I much prefer someone who is a little more forthright in their interests and especially their limits. Who negotiates with My own likes and gives Me a framework to play within, whilst also leaving Me some freedom to be creative.